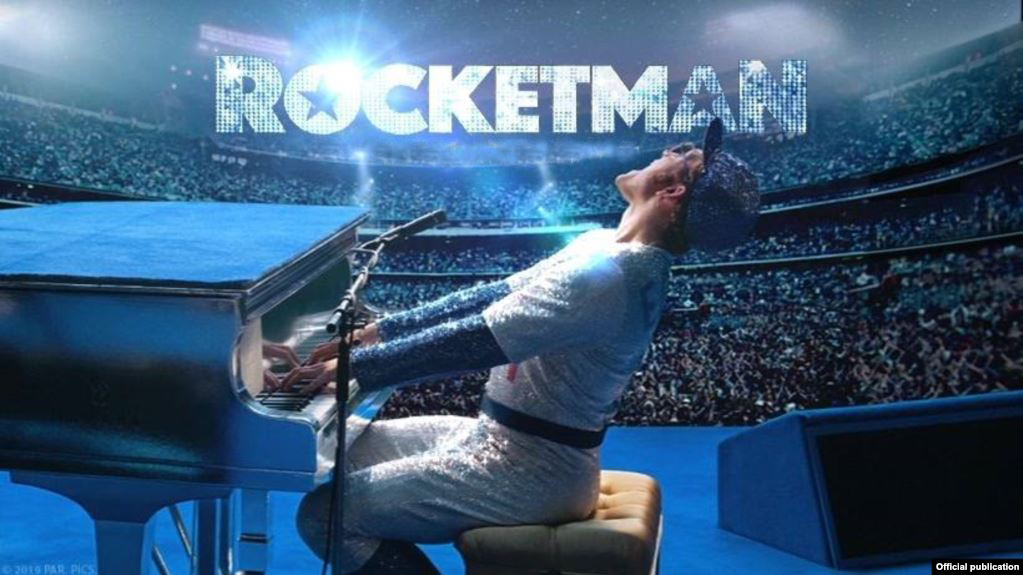 Mark Kermode writes in the Observer:
“When are you going to hug me?” That question echoes around Dexter Fletcher’s dazzling rock opera – a fantastical account of the highs and lows of Elton John’s wild-ride rise, told in frenetically full-blooded musical form. It’s the story of a little boy who became a big star while plaintively pleading “I want lurrve, but it’s impossible”; a shy kid (an “introverted extrovert”) who must learn to play-act confidence after enduring a childhood that would have struck a chord with Philip Larkin. Yet unlike the problematically rejigged chronology of Bohemian Rhapsody (which Fletcher rescued from disaster), this proudly nonlinear treat puts its jukebox soundtrack on shuffle, wittily deploying tunes to fit the mood rather than the timeline. The result is a riotous fact-meets-fiction swirl that combines the Brit-pic grit of That’ll Be the Day with the colourful ambition of Absolute Beginners and the surreal excesses of Lisztomania, all tied together by a barnstorming central performance from Taron Egerton.”