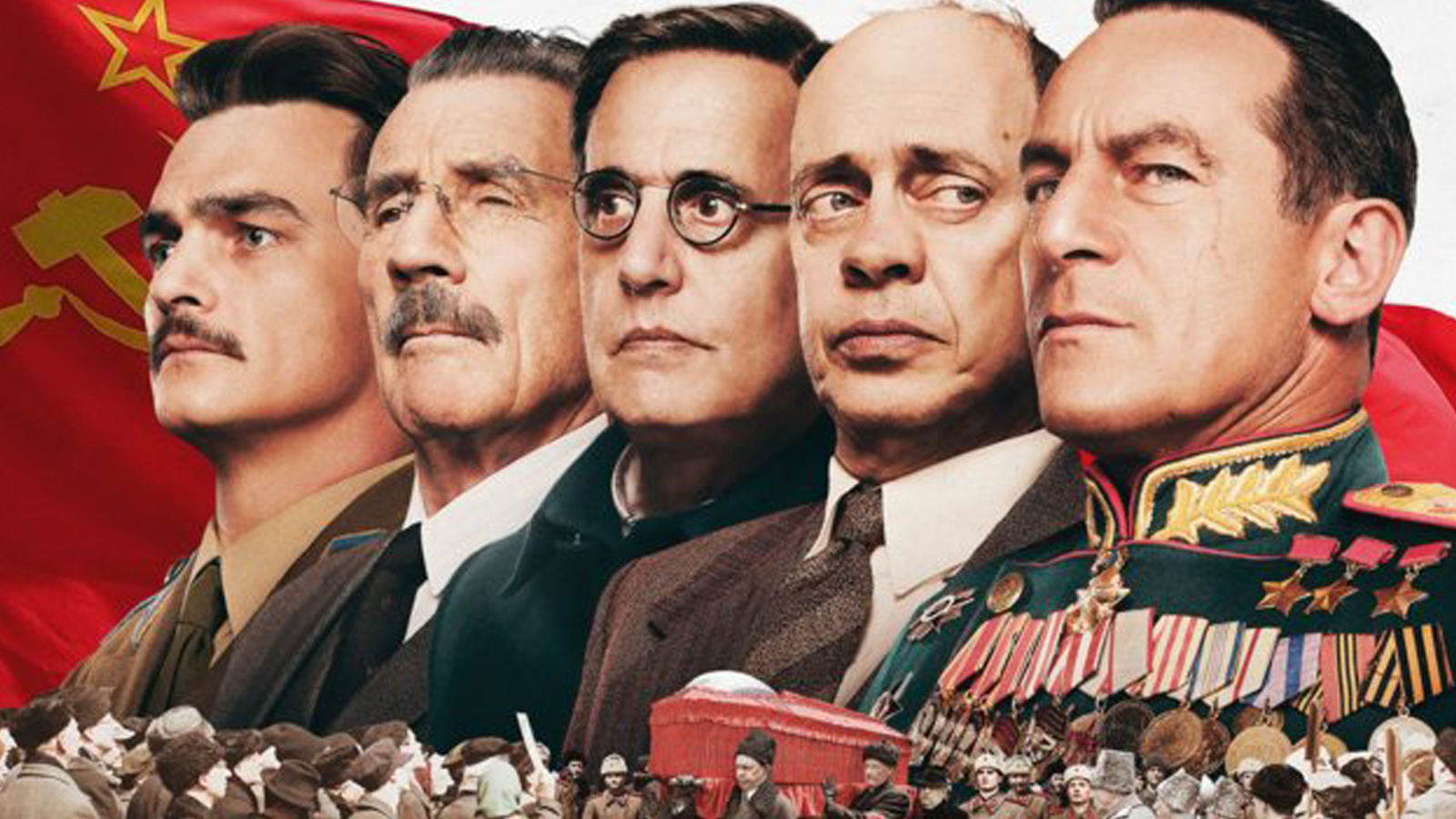 THE DEATH OF STALIN

When tyrannical dictator Joseph Stalin dies in 1953, his parasitic cronies square off in a frantic power struggle to become the next Soviet leader. Among the contenders are the dweebish Georgy Malenkov, the wily Nikita Khrushchev and Lavrenti Beria — the sadistic secret police chief. As they bumble, brawl and back-stab their way to the top, the question remains — just who is running the government?

After puncturing the pomposity of Anglo-Saxon politics in The Thick of It and Veep, comic titan Armando Iannucci turns his sardonic eye to Russian history. Upon the sudden death of their glorious leader Stalin, a group of political mercenaries, ranging from his son to the Foreign Secretary, all hatch personal schemes to wrestle control of the Soviet state.

Showcasing a wonderful mix of the world’s leading comic actors (Jeffrey Tambor, Michael Palin) and those more known for their dramatic turns (Steve Buscemi, Jason Isaacs, Andrea Riseborough), Iannucci has crafted a maniacally funny film that exposes the corruption and nepotism at the heart of power. And while Iannucci’s adept handling of such blackly comic gallows humour is no surprise, he notably refuses to trivialise the solemn horrors of Stalin’s reign. A cult comedy in the making, The Death of Stalin is a riotous satire of the grisly extremes of political machination.