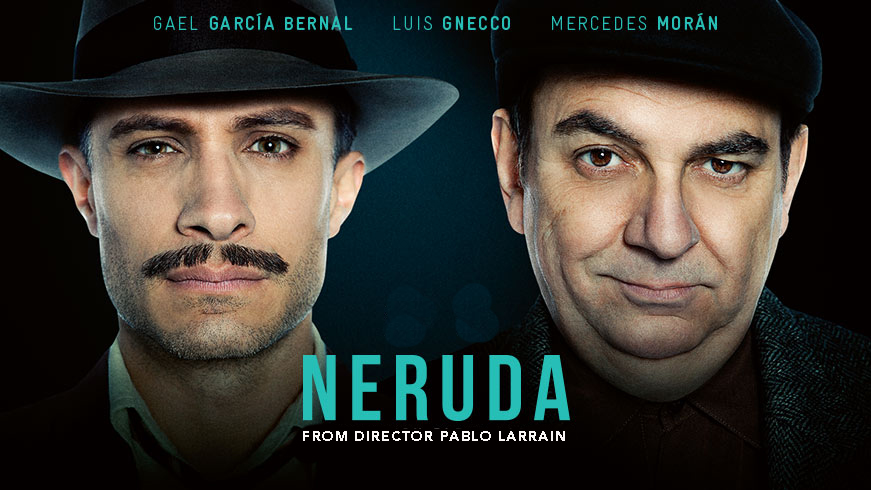 Beloved poet Pablo Neruda (Luis Gnecco) is also the most famous communist in post-WWII Chile. When the political tides shift, he is forced underground, with a perseverant police inspector (Gael García Bernal) hot on his trail. Meanwhile, in Europe, the legend of the poet hounded by the policeman grows, and artists led by Pablo Picasso clamour for Neruda’s freedom.  Neruda, however, sees the struggle with his police inspector nemesis as an opportunity to reinvent himself. He cunningly plays with the inspector, leaving clues designed to make their game of cat-and-mouse ever more perilous. In this story of a persecuted poet and his obsessive adversary, Neruda recognizes his own heroic possibilities: a chance to become a symbol for liberty, as well as a literary legend.