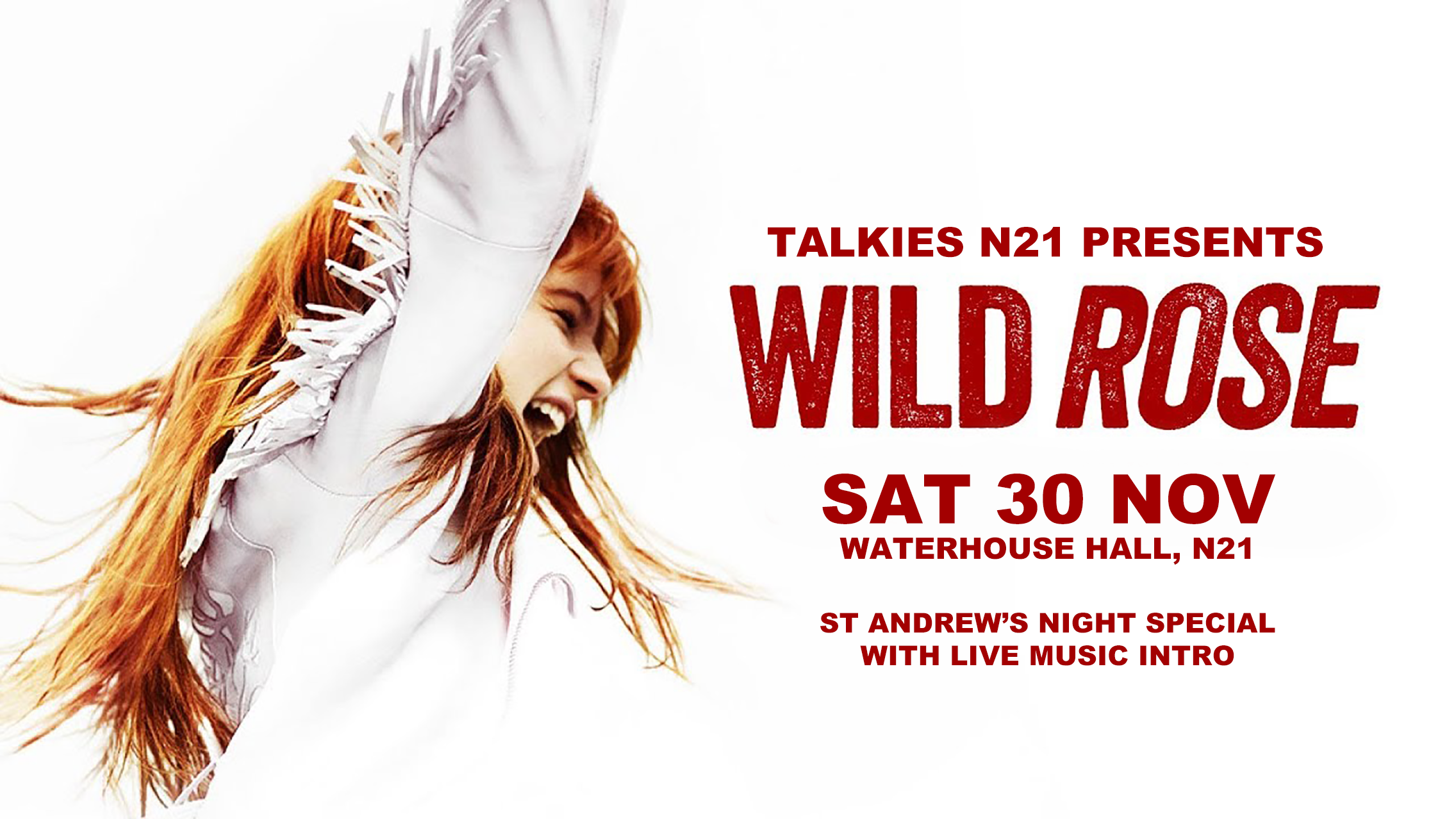 St. Andrew’s Night special with live music intro. about a musician from Glasgow who dreams of becoming a Nashville star. to this British independent film markis its own transcendent moment for lead Jessie Buckley.

Jessie Buckley delivers a star-making performance as Rose-Lynn, a would-be country singer who dreams of leaving her rough life in Glasgow, Scotland for the bright lights of Nashville. Fresh out of a stint in prison, Rose-Lynn is a single mom with an ankle monitor, a curfew, and a concerned mother (Julie Walters), who wants her to focus more on her two children and less on her music. But when Rose- Lynn tries to hold down a housekeeping job, her boss (Sophie Okonedo) hears her singing and becomes an unlikely supporter, intent on getting her to Nashville despite the long odds. Caught between hope and responsibility, Rose-Lynn must find her place without abandoning her raw talent and grand ambitions.