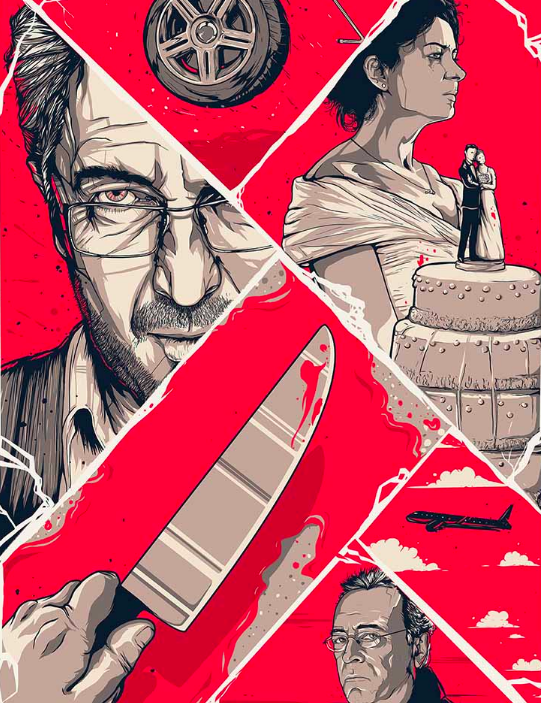 This cheerfully lunatic anthology film from Argentine director Damián Szifrón consists of six tales linked by the theme of powerlessness and revenge.

The film was nominated 2015 for Best Foreign Film Oscar.  “Wild Tales” is enormous fun, and the consistent wit of the quiet stretches shows there’s more to director Szifrón than shock tactics.

Mark Kermode says in the Guardian:

“Damián Szifron’s anthology of OTT tales of revenge (under the “Pedro Almodóvar presents” banner) is a splendidly anarchic portrait of a world on the verge of a nervous breakdown. Fired by “the undeniable pleasure of losing control”, Szifron’s scabrously satirical compendium owes as much to the American TV show Tales from the Crypt as to the scandalous European subversions of Luís Buñuel. From aeroplanes to cars, from cafes to sitting rooms, bourgeois repression is not so much dissected as gleefully detonated from within. Here are stories of lives destroyed by parking fines, of road-rage insults escalating into apocalyptic Duel-like confrontations, of white wedding parties descending into something more akin to the final scenes from Carrie – all defined by the sudden and violent breakdown of “polite” behaviour. The results are shocking and sharp as a knife….”