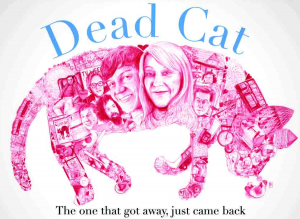 Directed by Stefan Georgiou.
Sam Bern and Stefan Georgiou are local boys…. and the writers of this award-winning comedy set against the backdrop of Palmers Green and Wood Green.

Sam and Stefan will introduce their film and answer any questions about it after.

Dead Cat is a festive, quirky, contemporary take on relationships in London. 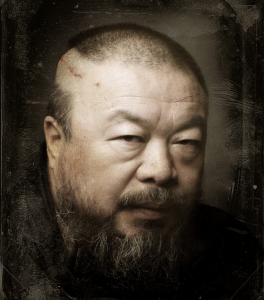 Over three years acclaimed filmmaker Alison Klayman gained unprecedented access to Ai Wei Wei as he prepared for exhibitions, spent time with his family and eventually came to blows with the Chinese government. Her detailed, intimate and stirring portrait provides a nuanced exploration of contemporary China and one of its most compelling, amusing, impassioned and original public figures.

Another packed house for a rocking evening kicked off with a live set from the awesome Palmers Greenie Graham Hine.
Sex and Drugs and Rock and Roll is the 2009 film of the IAN DURY story starring Andy Serkis in the role of the punk legend. The film follows the rise to fame of IAN DURY following a personal battle with the debilitating disease polio, and the after effects of fame on his relationships . The title of the film is derived from the classic 1977 hit the phrase that it spawned – “Sex and Drugs and Rock and Roll”. 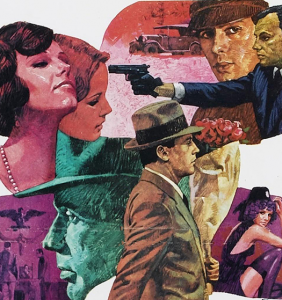 Bernardo Bertolucci’s stunning early-1970s classic looks absolutely beautiful nearly forty years later. It tells the story of a fascist in 1930s Italy who is assigned to root out and assassinate anti-fascists. As the story develops, we learn that a childhood event played a large role in shaping this man’s perception of himself, and that the life he is leading is largely a lie. 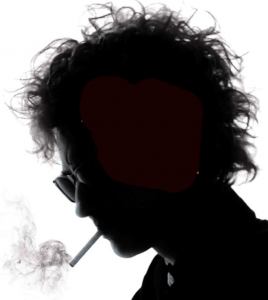 Before and after the film we had live music by Dave and Chrissie Thomas and John Crowther from St Harmonica’s Blues club with special guest vocals from our very own Steve Foster. 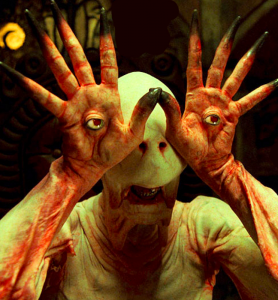 In 1944 fascist Spain, a girl, fascinated with fairy-tales, is sent along with her pregnant mother to live with her new stepfather, a ruthless captain of the Spanish army. During the night, she meets a fairy who takes her to an old faun in the center of the labyrinth. He tells her she’s a princess, but must prove her royalty by surviving three gruesome tasks. If she fails, she will never prove herself to be the true princess and will never see her real father, the king, again. 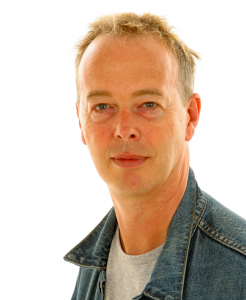 A MAN IN SHORTS  – Phil Davies

Phil Davies is a Palmers Green local who hosted a double house sell-out evening at Baskervilles Tea Shop.
He is also a big cheese in the animated film world, winner of 6 BAFTA’s, and many other international awards. He supports students at the National Film and TV school and the Royal College of Art… and as a little hobby on the side he produces Peppa Pig!
Phil had two packed houses hosting his an evening of animated films, starting from their simple beginnings in the early 1900s through to today. Phil showed and talked about some of his favourite short films to illustrate methods and approaches to animation. 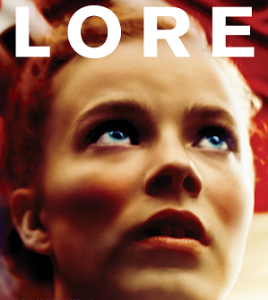 Set in the dying days of the second world war, Cate Shortland’s drama is overflowing with poetry (Xan Brooks, Guardian).
Left to fend for themselves after their SS officer father and mother are interred by the victorious Allies at the end of World War II, 14 year old Lore leads her siblings on a journey that exposes them to the truth of their parents’ beliefs.
Lush cinematography and an evocative, haunting mood infuse this unconventional take on the Holocaust legacy with unforgettable impact. 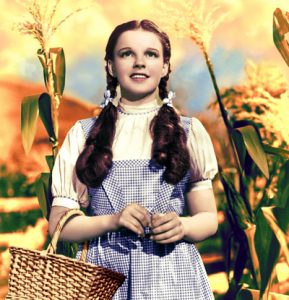 Sing Along to ….. THE WIZARD OF OZ

An amazing family evening! 170 turned out, lots in fancy dress, including mums, dads and grandparents. Rousing song inspired by Jacob Thomas and Red Indians. Lots of beautiful photos – uploaded soon – and a roaring good time had by kids of all ages!
What will be the next one? Let us know your Ideas for great family films…. 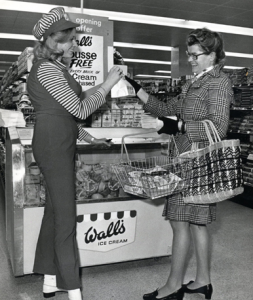 Thursday 29 August, 10.00 – 12.00
Ruth Winston Centre, N13
This sell-out event looked at the changes which have taken place in N13 since the 1960s and what the spirit of Palmers Green is today in 2013. Christine Lalla’s short film about Broomfield Park and House and an introduction by Ralph Hutchings set the scene to explore the nature of change in the area through photographs and the stories of participants. 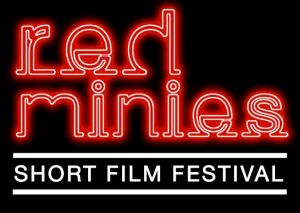 Red Minies was an amazing part of the Palmers Green Festival week, enjoyed by the large crowd both local and from across London.
Organised and hosted by graduates of Middlesex University working in partnership with Talkies Community Cinema, selected innovative film makers came from across London to show and talk about their work and answer questions from the audience

A story of two love-struck cops, a mysterious blonde, secret love, zesty romance and lots of pineapple. Filmed in impressionistic splashes of motion and color. (Cantonese with English subtitles) 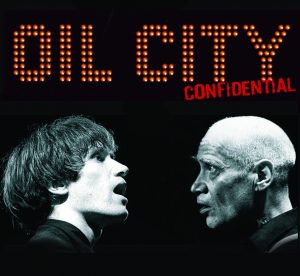 A sell-out event with Julien Temple’s Oil City Confidential – a film noir feature length documentary about four men in cheap suits who crashed out of Canvey Island in the early ’70s, sandpapered the face of rock’n’roll and left all that came before a burnt-out ruin, four estuarine John-the-Baptists to Johnny Rotten’s anti-Christ. 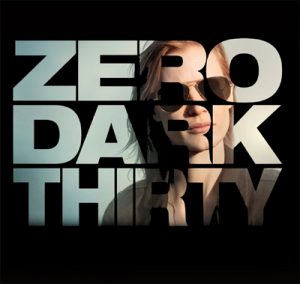 The central character of the intelligence officer Maya is a metaphor for post-9/11 America. Reflecting the Bush administration she is driven by an overwhelming obsession to see Osama bin Laden hunted down and punished. Was the killing of Osama bin Laden really an unethical act carried out by a nation that has lost its way in a moral maze since September 11, 2001? Bigelow credits the audience with the intelligence to weigh up the moral dilemmas presented to them and try to figure out where they stand. 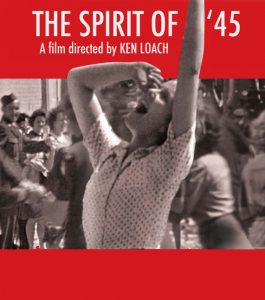 This sell-out event was held at Space Gallery, a pop-up venue in Southgate, which closes soon to open elesewhere. Sitting on borrowed chairs and bringing our own food and drinks added to the community ethos, exemplifying the ‘Spirit of Talkies’.

Peter Bradshaw in the Guardian says of the film; “The Loach ’45 spirit may be mocked – yet it seems preferable to the 21st-century spirit of austerity and paradox in which we found money to nationalise failing banks, maintaining the spirit of what Milton Friedman called socialism for the rich, free enterprise for the poor.” 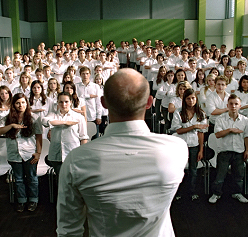 The film was introduced by Dr Ben Little co-editor of Soundings – a journal of politics and culture . Ben uses The Wave in teaching undergraduates at Middlesex University explaining how political engagement is a powerful tool for change but can be manipulated in the wrong hands. The audience watched with rapt attention the German adaptation of an incident which took place in 1967 at the Cubberley High School in Palo Alto, California. World History teacher Ron Jones was asked about the Holocaust by a student. “Could it happen here?”. 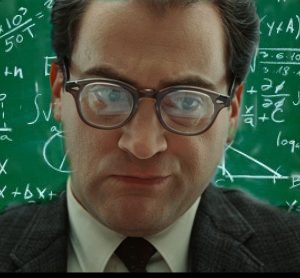 When you feel like crying, laugh instead… A Black comedy from the Coen brothers, entertained the first audience of the Talkies ‘First Thursdays’ programme at the Dugdale Centre in Enfield Town. In a 1960s setting and to a soundtrack from Jefferson Airplane, the story follows the trials and tribulations of Larry, a Midwestern physics professor who struggles to cope with the failure of his marriage. He attempts to find answers from three rabbi’s to no avail. The story leaves many questions unanswered for Larry and for the audience…. 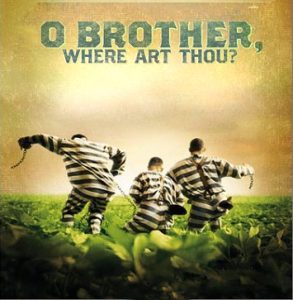 O BROTHER WHERE ART THOU?

Another sell-out evening for Talkies at the Fox. The evening was launched by Tig Trafford and Leon Oxenham playing great live music to set the mood. The Coen Brothers then gave us a mesmerising tale, based on Homer’s Odyssey, which followed Everett, Pete and Delamarr’s adventures as three escaped convicts steering their way through a sea of strange characters. Among them sirens, a cyclops, a KKK lynch mob and a blind prophet, who warns them that “the treasure you seek shall not be the treasure you find.”

An outstanding soundtrack rocks the story along and leaves you humming the tunes long afterwards! 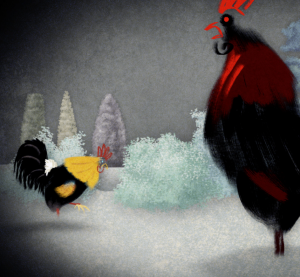 Friday 22 March
Baskervilles, Palmers Green
Kazoos, cockerels, alligators, Somalian pirates and cake – what more could you want from a fun night out?

Seven films, each between 3 and 20 minutes from up and coming international film makers entertained two packed houses at this intimate venue. One of the directors, Lucy Luscombe was on hand to give insights into the art of filmmaking and, adding to the festive spirit, ‘Harmonica” Dave Barton entertained the crowd between screenings with his ukulele tunes. The venue buzzed when the audience accompanied Dave on kazoos and communal singing of ‘I wanna be like you’ from Jungle book. 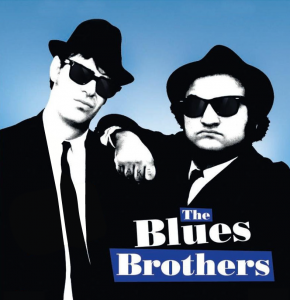 DO YOU SEE THE LIGHT? Not a seat free in the house! Where else in North London would you be able to see Jake and Elwood in the flesh and hear some amazing music from Aretha Franklin, Ray Charles, Cab Calloway and James Brown, not to mention star turns from the St Harmonica’s Blues Club? ….only at Talkies’ screening of ‘The Blues Brothers’ on Wednesday night at the Fox in Palmers Green.

Babies Jake Stone and Elwood Thomas were the centre of attention at the most recent event by Talkies Community Cinema, where a sell-out audience rocked the night away to the strains of the greatest Blues movie of all time. The audience got into the spirit, dressing up in classic Blues Brothers’ outfits, with three ‘nuns’ keeping them well discplined.

Live music from Dave and Chrissie Thomas, John Crowther and Al Craig from St Harmonica’s Blues Club rounded off the evening adding local talent to the stellar cast of the screening. 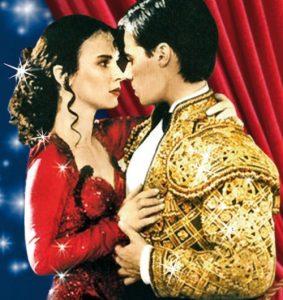 1-2-3-4-SAMBA! Dressing up – Dancing – and a ripping good movie from Baz Lurhmann , what more could you want to make a great evening with friends? This third event from Talkies Community Cinema took dance as its theme. Held at the Fox because of its great function room and as the home for Salsa Cocktail Dance Club, the evening rocked along to the sounds of Salsa, Rhumba, Samba and the Pasodoble. 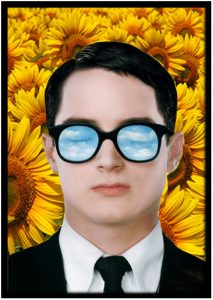 Looking for your roots? You might dig up a few surprises. Everything is Illuminated, the second from Talkies Community Cinema, delighted a packed audience Baskerville’s Tea Room on Friday 23 November with its glimpses into a vanished world.
The film follows young American Jonathan Safran Foer the author of the original best-selling book, on his journey to find his Ukrainian Jewish heritage. Its showing evoked laughter and tears, as the tragic impact of past atrocities collided with comic misapprehensions between impoverished eastern Europeans and cosseted Westerner. A hyper-realistic cinematography reflects the book’s surreal take on genealogy. There is a comic dog, too – Sammy Davis Jnr Jnr.
The audience relished the film’s connection to local life. Shirley Rose from Palmers Green gave an entertaining introduction drawing parallels with her own quest to discover her family’s Estonian roots, generating a lot of discussion. 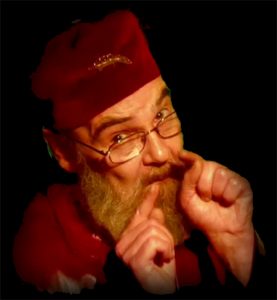 A MAN OF NO AMBITION

“A Man of No Ambition” , features Ralph, complete with top hat, cane, beard and glasses, who is the subject of a six-part TV series previewed at exciting new venture Talkies Community Cinema on Tuesday night. The man himself was at hand to introduce and entertain with insights into his unique range of talents.

A packed audience in St Monica’s club rocked with laughter as Ralph explained some of the tricks of his trade: always buy the best wood and avoid the internet. For Ralph is concerned that the ancient values of knowledge gained through experience and refined through constant practice may soon be lost.