A sell-out evening for this brilliant British comedy about four old school friends reuniting to experience Wainright’s coast to coast path and in the process walking into their mid-life crises. Jeremy Swift and Richard Lumsden live locally and introduced the film and, joined by producer Benji Howell, answerd questions from the audience afterwards.
Another great independent film for our Christmas special!

Marking the centenary of the first World War, this film is based on a true event of a moment of comradeship between enemies in a devatstating conflict that would have a lasting impact on European Society.
On Christmas Eve in 1914 , the Germans, French, and Scottish fraternize and get to know the men who live on the opposite side of a brutal war, in what became a true lesson of humanity. 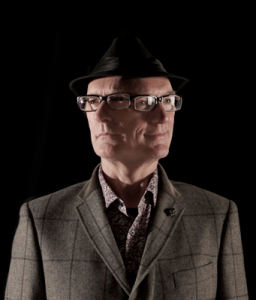 The Original Pink Floyd Animator and master of the music video.

A SELL-OUT EVENING. Local artist and director Ian Emes enthralled a packed house with a snapshot of his music video work from Pink floyd in the 70s to his most recent work. 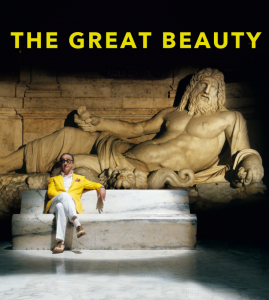 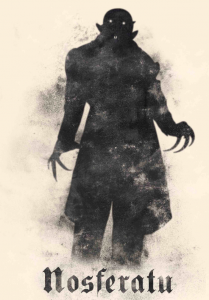 SOLD OUT! Another sell-out event, with lots of fancy dress, to see one of the silent era’s most influential masterpieces, Nosferatu’s eerie, gothic feel — and a chilling performance from Max Shrek as the vampire — set the template for the horror films that followed. 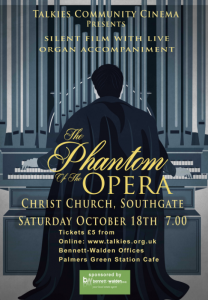 PHANTOM OF THE OPERA

(the original 1925 silent film – but with live organ accompaniment)

A sell-out audience were entralled at this oustanding and unique opportunity to see the classic silent film version of Phantom. The candlelit evening was at an amazing Victorian Gothic masterpiece and the film was expertly accompanied throughout by live organ music from David Hinnit and Adam Dickson, organists at the church. 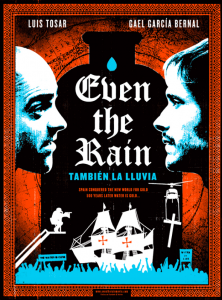 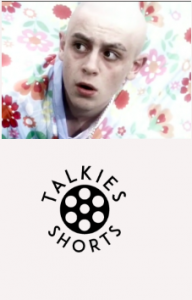 THERE CAN’T BE MANY OSCAR NOMINEES LIVING IN PALMERS GREEN.

Two sell-out houses met Ian – a renowned director of films and TV who was nominated for an Oscar for a short film he showed, alongside a programme of other short films.    A teenager’s fantasies, a child pyromaniac and retirement home romance made for a great line-up of short films. Moira Foster led the audiences in a Q&A session to find out from Ian how his film was created and his experiences in making it. Diane and the Baskervilles staff created a brilliant atmoshere helped alond with fine food and drink! 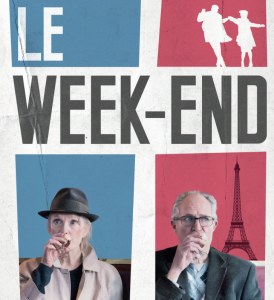 Our first sell-out audience at the Dugdale centre…

…were entranced by this magically buoyant and bittersweet film in which Jim Broadbent and Lindsay Duncan play a long-married couple who revisit Paris for a long weekend for the first time since their honeymoon, in hopes of rekindling their relationship-or, perhaps, to bring it to an end. 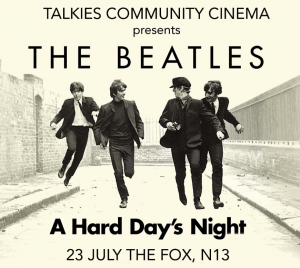 Brilliant sell-out audience reaction to A HARD DAY’S NIGHT. Packed to the rafters… great Live Music from Geoff Simpson and his band and a fun Beatles quiz from John Sands, impressively won by Amy and Malcolm…. all made possible by Tim Murray and Second Sight Films marking the 50th Anniversary of The Beatles 1964 seminal feature film, restored and now in in glorious blu-ray high definition. 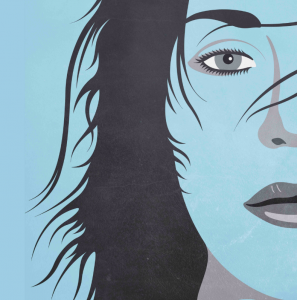 An utterly absorbing love story. Rust and Bone is a tale of a miraculous friendship which evolves into an enthralling and moving romance, wonderfully acted by Marion Cotillard and Matthias Schoenaerts. 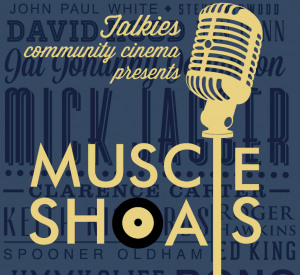 Undaunted by Southgate’s power cut, our return to St Monica’s was a roaring success, with a sell out crowd listening to live music from the fantastic Malcolm Hine, Julia Gannon and Simon Bennet followed by the almost-as-good music of many legends of soul and blues.

Essential watching, Muscle Shoals is a compelling, warts-and-all glimpse at one of the most fascinating stories in modern American music. 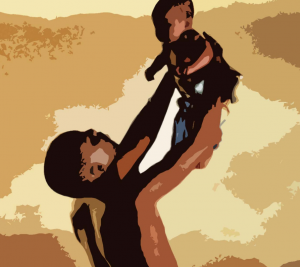 Introduced by Shirley Rose, one of the founding members of Talkies.

On the edges of Johannesburg, Tsotsi’s life has no meaning beyond survival. One night in desperation, Tsotsi steals a woman’s car, only to discover a crying infant in the backseat. In a moment, his life takes a sharp turn and leads him down an unexpected path to redemption, giving him hope for a future he never could have imagined. Tsotsi is a portrait of the choices that are made in life and how compassion can endure in the human heart. 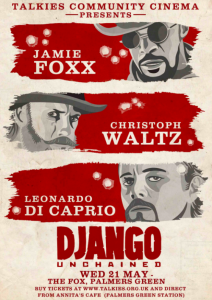 WED 21 MAY
THE FOX, PALMERS GREEN

Live Music before the film from Ruth and Dave Buckwell – That Blue Patch and Amy Coop’s Short A Little Bit Country got the night off to a great start. The audience then revelled in Quentin Tarantino’s seventh film as writer and director – a deliciously indulgent pulp odyssey. Energised by the power of escape and refracted through the pleasures of escapism. It nods at the spare, brutal spaghetti Westerns made in Europe by those two great Sergios, Leone and Corbucci – but this film was shot on another continent, and might as well be set on another planet. 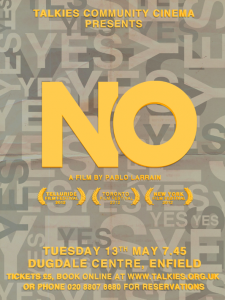 Dr Franciso Dominguez, Head of Brazilian and latin American Studies at Middlesex University is a Chilean who lived through the first socialist government in the country and escaped from the oppresive Pinochet dictatorship that followed it. His personal knowledge of the times was a brilliant introdiction to the film

The film is set in 1988 and after 15 years of Pinochet’s dictatorship, the United States, which helped put him in power, has insisted he have a referendum on his presidency. The regime thinks a “Yes” response in a climate of increasing prosperity should be a shoo-in. The leaders of the opposition persuade a young daring advertising executive – René Saavedra – to head their campaign. With limited resources and under the constant scrutiny of the despot’s watchmen, Saavedra and his team conceive of a bold plan to win the referendum and free their country from oppression. 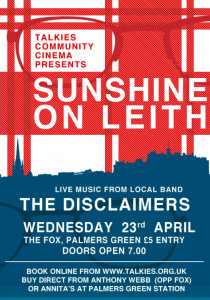 April 23rd is St George’s Day, so to avoiding any hint of English nationalism at Talkies we thought we would have a Scottish evening!
The evening was a roaring success and with a complete sell out there wasn’t a spare seat in the house! Alan Craig was the driving force behind the evening, organising a quiz and live music, to match the mood before and after the film from his and our local outpost of Scotland, THE DISCLAIMERS. WE even had a referendum!

Sunshine on Leith is based on the sensational stage hit of the same name, featuring music by pop-folk band The Proclaimers. A ripping feel good factor film with lots of music! 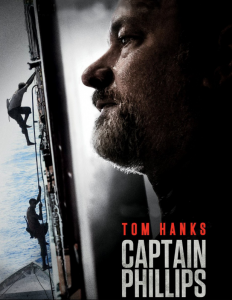 Smart, powerfully acted, and incredibly intense, Captain Phillips offers filmgoers a Hollywood biopic done right — and offers Tom Hanks a showcase for yet another brilliant performance. Captain Phillips is a multi-layered examination of the 2009 hijacking of the U.S. container ship Maersk Alabama by a crew of Somali pirates. It is – through director Paul Greengrass’s distinctive lens – simultaneously a pulse-pounding thriller, and a complex portrait of the myriad effects of globalization. 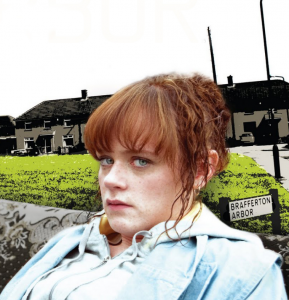 On International Women’s Day, this unconventional film from director Clio Barnard is a truly unique work that transcends genre and defies categorization.The film is a portrayal of the late Bradford playwright Andrea Dunbar. It plays out the tough choices she made to be a creative writer and the consequent effect on her role as a parent. 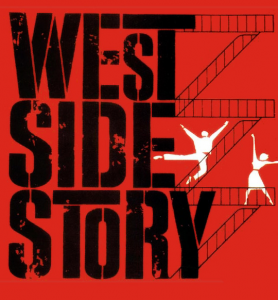 An antidote to St Valentines Day! Buoyed by Robert Wise’s dazzling direction, Leonard Bernstein’s score, and Stephen Sondheim’s lyrics, West Side Story remains the most iconic of all the Shakespeare adaptations to visit the big screen. 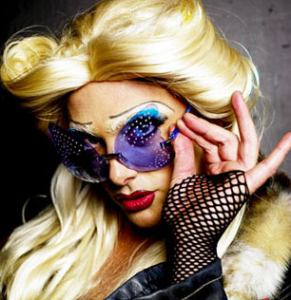 HEDWIG AND THE ANGRY INCH

Contributing to LGBT history month, this is a film is about Hedwig, born a boy named Hansel in East Berlin, who fell in love with an American G.I. and underwent a sex-change operation in order to marry him and flee to the West. Unfortunately, nothing worked out quite as it was supposed to….. 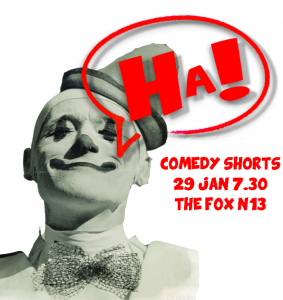 Organised by Kate and Gem from SHORT SIGHTED CINEMA, the evening was a hotbed for short film maker glitterati of London introducing and talking about their work. Part of the LOCO LONDON COMEDY FILM FESTIVAL 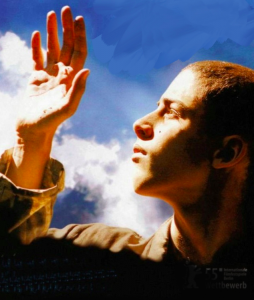 Held in conjunction with the Dugdale exhibition by local artist Moshe Galili. Critically acclaimed and epic in its scope and imagery, Fateless is a haunting look at inhumanity and survival. Based on Nobel Prize winner Imre Kertesz’ novel, the film is about a Hungarian Jewish boy’s experiences in German concentration camps and his attempts to reconcile himself to those experiences after the war.
Ruth Tosha Mulandi, introduced the film and provided film notes.