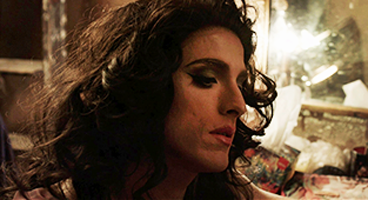 Commissioned as part of a short film programme “Who Am I’ about identity, Artemis’ short film Another Man is about an unlikely friendship that forms between a drag queen and a homeless man in trouble.

During HERE film festival 2016, Artemis screened her documentary ‘Should Be On By Now’ about a Bowie tribute band   .