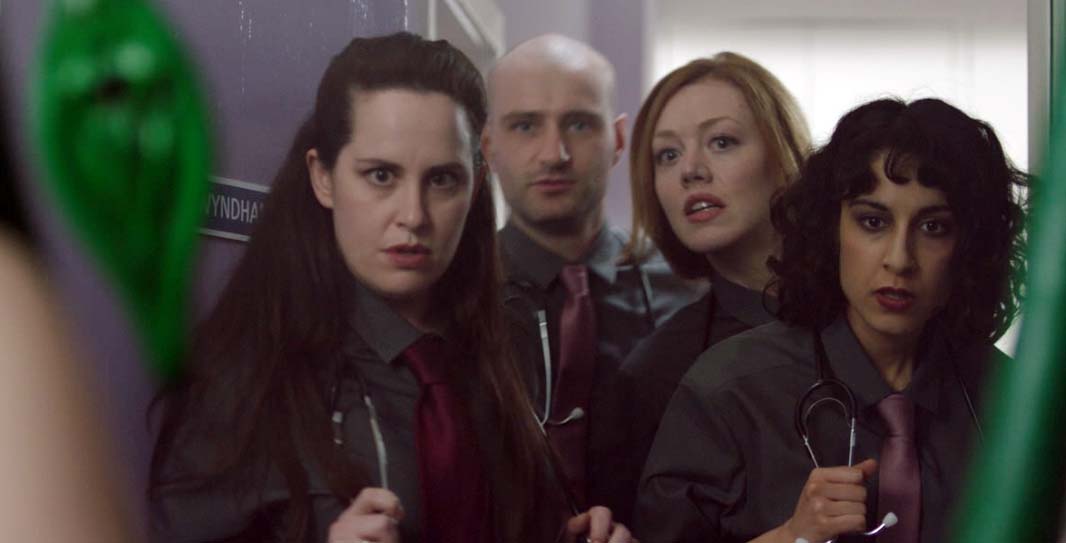 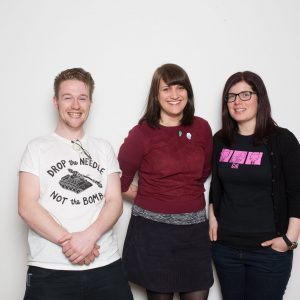 Kate and Briony as a writing partnership are passionate about making comedy films with a focus on female-led stories, with Sky Comedy describing Kate as “A huge comedy voice in years to come”  and Briony being shortlisted for the BAFTA Rocliffe Comedy Script in 2016. Douglas and Kate’s last collaboration, Healey’s House, just won Best UK Short at Raindance.

Chloe thinks she’s just going in for a routine test. Things do not go as planned.

Featured at 2017 BFI London Film Festival,  Smear is a short film that satirises the fear and embarassment some women experience around having their first smear test.

Inspired by Gremlins, Little Shop of Horrors and Day of the Triffids, it’s a horror-comedy using tentacles to talk about a problem in a way probably you haven’t seen before. It was shot by Nicola Daley ASC, score by Patrick Jonsson (composer on Oscar-winning White Helmets) and stars Sophia Di Martino (Flowers), Nick Mohammed (Mr Swallow), Rose Johnson (Birthday Girls) and Izzy Laughland (Chubby Funny). It’s produced by Douglas Cox with his production company Shadowhouse, their last short Dawn of the Deaf played at Sundance, Fantastic Fest, Fantasia and won Best Short at Sitges.

“The Talkies Short Film Comission was a fantastic experience! We had an opportunity with our feature film but Talkies were incredibly accomodating in supporting us with our schedule to make sure we could still make our mad film with them. A lot of the time low-budget shorts can fall down because the locations you’ve written are not possible to get on the budget you have, with that in mind I had cleverly written a film set entirely in a doctors surgery (one of the hardest locations to get) and Talkies found us a location we could use within our means which looks fantastic along with helping us recruit extras from the local community. We were delighted to be part of the scheme, our crazy idea about some women’s unjustified fear of Smear tests was just perfect for the commission – set in an area where this is a real health issue.  We are really pleased that it is being featured at this year’s London Film Festival.”